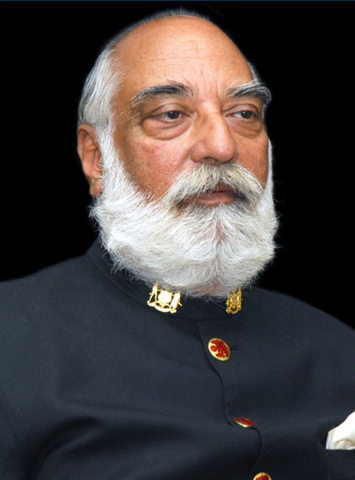 “I believe in the past, but my feet are firmly rooted in the present and I'm constantly thinking about the future.”

With these profound words, Shriji Arvind Singh Mewar of Udaipur, the younger son of Maharana Bhagwat Singh Mewar and Maharani Sushila Kumari ji Mewar, is spearheading the process of modernisation initiated by his illustrious father.

Shriji Arvind Singh Mewar of Udaipur is born on Posh Krishna 13 Vikram Samvat 2001. He was educated at the prestigious Mayo College, Ajmer from where he completed his school certificate conducted by the Cambridge University. He obtained his Bachelor’s of Arts degree in Udaipur. He studied English literature, economics and political science at the Maharana Bhupal College in Udaipur. To polish his business acumen, Shriji Arvind Singh Mewar of Udaipur undertook a hotel management course from The Metropolitan College, St Albans in the UK. Later, he gained invaluable on-job training in hospitality services in the United States.

The guiding principles of Bappa Rawal, self-reliance, self-respect, service to community and respect for mankind, are as relevant for him today as they were to his forefathers. "Change rarely invalidates the past and it does not necessarily imply a rejection of the old. A great deal can - and should be - preserved from the past. In particular we should treasure the ancient and selfless values that have stood the test of time," says Shriji, the present custodian of the House of Mewar and the 76th Diwan of Shree Eklingnath ji. 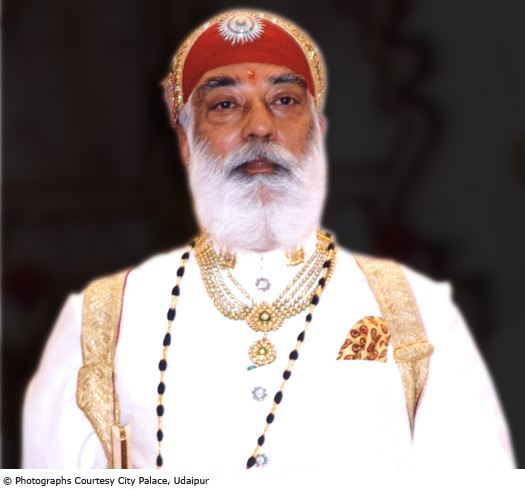 Shriji has been preserving a vibrant cultural heritage enshrined in The City Palace, Udaipur in Rajasthan. As the Chairman and Managing Trustee of the Maharana of Mewar Charitable Foundation (MMCF), Udaipur, Shriji is managing a spectrum of philanthropic and charitable activities emanating from the City Palace in Udaipur. Several non profit and commercial organisations are seamlessly networked to exemplify 'Eternal Mewar' for global and Indian audiences. The Maharana of Mewar Charitable Foundation, Vidyadan Trust, Maharana Mewar Historical Publications Trust, and Rajmata Gulab Kunwar Charitable Trust have emerged as the public charitable trusts responsible for more than 50 developmental projects in and around Udaipur. The City Palace Museum, Maharana Mewar Special Library, Maharana Mewar Research Institute, the publications division and educational institutes are some of the key projects being managed and developed by the Trusts.

In recognition of his contribution, involvement and commitment for the promotion of tourism in the country, Shriji Arvind Singh Mewar has been conferred with numerous awards. He was honoured by the prestigious ‘Lifetime achievement Award -2021 from Hotelier India on 16th December 2021; Awarded the Life Time Achievement Award 2015 of the 5th Annual Readers' Travel Awards 2015 by Conde Nast Traveller on 24th November 2015; bestowed with the VIII Annual Gala WT Institution Award 2012 for ‘Contribution to Universal Culture’ at the General Assembly of United Nations Headquarters in New York for his leadership and work through the Maharana of Mewar Charitable Foundation, Udaipur. WT is an NGO in Special Consultative Status with the Economic and Social Council of the United Nations, bestowed with the HIFI Hall of Fame on the 12th Jan 2012, “Royal of the Year” by Hello Magazine in its Hello! Hall of Fame Awards ceremony on the 9th Nov 2011, The Hall of Fame Award by the Indian Association of Tour Operators (IATO) for the year 2009, The TATA AIG Lifetime Achievement Award by Galileo Express TravelWorld for 2008, The prestigious ‘Agastya Award’ by the Travel Agents Association of India (TAAI) for the year 2001 and so on. 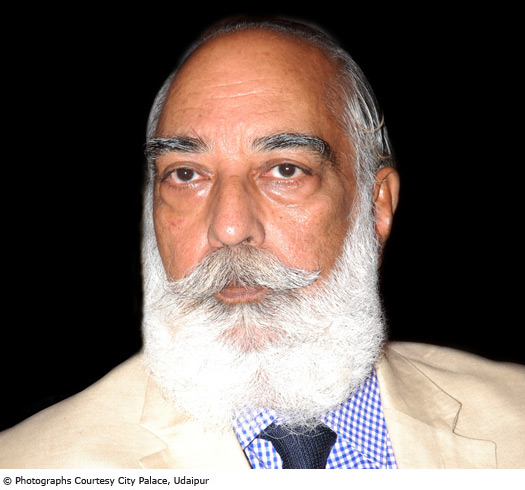 Shriji Arvind Singh Mewar holds membership in eminent and prestigious institutions including The Royal Society of British Artists, London, UK ; Primary member of the Confederation of Indian Industries- Family Business Network India Chapter; An Honorary Membership of The Grenadiers Association and took the Grenadiers oath on 27th March 2011; Member of the prestigious World Travel & Tourism Council (WTTC). He is in advisory board of Sate Government of Rajasthan that includes The Rajiv Gandhi Tourism Development Mission; Executive Member of The Rajasthan Foundation; National Advisory Board of the Jaipur Virasat Foundation, Jaipur and an Honorary Patron of the Jaipur Heritage International Festival.

Shriji Arvind Singh Mewar of Udaipur is a keen sportsman and aviator. An avid cricketer, he has represented his school, university and Rajasthan State in cricket tournaments in India. Till date he remains a patron of the game and a member of the Rajasthan Cricket Association, the Cricket Club of India, Bombay Cricket Association and the Marylebone Cricket Club (MCC), London.

Shikarbadi Hotel in Udaipur now has a private airport where Shriji Arvind Singh Mewar of Udaipur has been developing his passion for aviation and sports. Microlite aircraft and smaller airplanes are available for personal use and special guests; he is working towards converting the Shikarbadi private airport into a commercial one to be developed as a ‘city airport’. Today Shikarbadi Airport is the preferred airfield for flight training of National Cadet Corps (NCC) pilots who are flying microlite aircrafts. 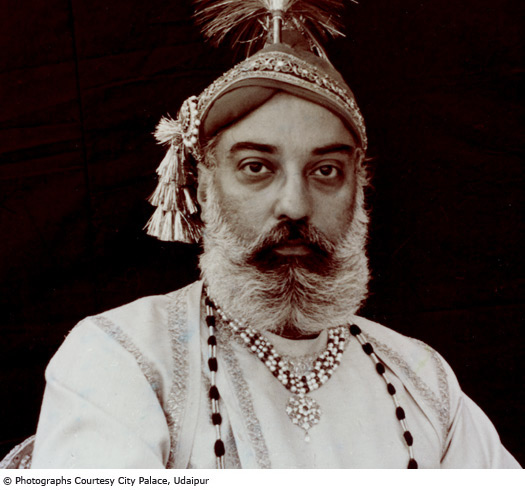 In the year 1985 Shriji Arvind Singh Mewar of Udaipur instituted the Maharana Mewar Research Institute (MMRI) to research and documents the archival records and daily diaries (Bahidas). In the year 1992 the huge Manek Chowk Garden got built over the barren raw muddy land which presently serves as one of the most beautiful and eye catchy spot among the rest of the places of the City Palace Museum, Udaipur. Renovation and Redevelopment of the Sitla Mata and Ghas Ghar was done in the year 1994. In the year 1995, Badi Pal (The Promenade) was made available to access the City Palace Museum from the Southern end of the City. In 1996 the Sitla Mata Information Centre was made available for visitors to solve their queries related to the Palace Access. And In the year 1997 the Staff Residence was made at the Hanuman Pol. The COMPO office and the Rameshwar Mahadev Temple Restoration were done in the year 1998. In 1999 the Promenade Fountain, Millennium Dome at Zenana Mahal were constructed. Year 2000 was the year when the Maharana Mewar Special Library (MMSL) came in existence when the basement of the Manek Chowk which earlier used as a grain storage room was now restored and to be used as the storage of knowledge. Ghas Ghar wall was also restored in the year 2000 and the Trust Office was made.

In the year 2005 the Hawa Mahal restoration was done on the top of the Tripoliya and three main frontier locations of the Badi Pol gate of the City Palace Museum was refurbished to be used as Badi Pol Booking office; Post Office and Bank which is presently known as the Bank of Baroda, City Palace branch, Udaipur. In the same year 2005, Shriji Arvind Singh Mewar did brought changes and renovations in many other prominent areas of the City Palace Museum, viz. the Zenana Mahal Kitchen, Palki Khana, Executive Dining Room and Shiv Niwas Palace Rooms. And the most beautiful renovations of the times was of the Mor Chowk.

In the year 2007 Nakkar khana ki chatri, The Promenade gate Information centre, Shiv Niwas Palace Bakery, Banquet Hall and Rooms, MMPS School Hostel and Spa / Public Utility were renovated. In the year 2008 Guest Public Utility was built behind the 33KV at Badi Pal, Hanuman Mandir and DG set space allocation was done. In the same year the East/ West Kitchen got setup, along with the Guest room, bar and main Kitchen. In 2009, the Ghadiyal Ki Chatri was restored along with the MMCF Conference Room was established. The Neelkanth Mahadev Temple’s Garden and Water tank was also built. The Statue of the Maharana Pratap was installed on 30th June 2009 at the Maharana Pratap Domestic Airport of Udaipur City. Year 2010 was the year when three mammoth sized wooden gates at Tripoliya of the City Palace Museum, Udaipur was installed enhancing the heritage feel and beauty of the Museum Compound. In the same year many other important projects took place viz. Hathnal ka Darikhana Public Utility, Boat House, Moti Chowk Information Centre and the Imperial Dairy was also renovated and refurbished in the same year. In the year 2011 the Paiga Pol gate was made, which is also the main entrance for the Maharana Mewar Public School and the Print Media office of the MMCF. Also the main and the biggest Public Utilty area for the Visitors and staff was also built in the year 2011 at the Moti Chowk. In 2012 the Photographic Studio was established. In the year 2013 the Sewerage treatment Plant was installed in the backside of the Ghas Ghar area. Other works took place like Devasthan Lawn, Asawara Mata Temple Public Utility and Kumkeshwar Mahadev, Dhruv Pol and Amar Mahal.

In 2014 when Shriji took step to renovate and refurbish the Toran Pol Gate and the replacement of the old wooden Toran was done with the new torans, along with this the Sitla Mata Parking was built and made available for the vehicle parking of staff and visitors. In the year 2016 The Media Office got started. And in 2017 Shakti Mandir and Carpentry Workshop was built along with the Conservation Lab with all the high tech equipments to preserve and conserve the artefacts of the Museum. Later in the year 2018 Shriji Arvind Singh Mewar emphasised on building towards the public utilities at the Tripoliya. The Digital MEDIA and Marketing office was started in the year 2019. Ganesh Pol Public Utility and the Palace Motor Garage were also built in the same year 2019. Renovation and Restorations of the Parmeshwaron rai ji ki kachari, Devsthan Kacheri, Sinh dwar and Hanuman Ghat took place in the year 2020.